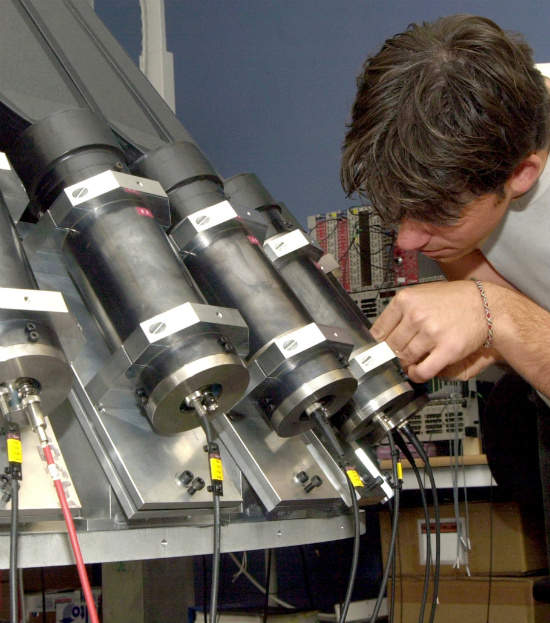 Fusion is a promising future energy source, which could potentially give large quantities of carbon emission free electricity from a small amount of fuel using the same type of process that powers the sun.

A versatile method to monitor the state of the plasma that constitutes the fuel is neutron spectroscopy. From neutron measurements we can extract parameters such as fuel temperature, non-thermal energy distribution of the fuel ions, ion density, and fusion power.

The fusion diagnostics group has developed the neutron spectrometers MPR and TOFOR at the experimental facility JET (Joint European Torus), the largest and most powerful tokamak in the world. We have also made a prototype neutron camera for the British fusion experiment MAST (Mega Amp Spherical Tokamak).

It is likely that the next generation of experimental fusion reactors, such as ITER, will be equipped with a set of neutron spectrometers. The group is doing preliminary studies for these instruments.