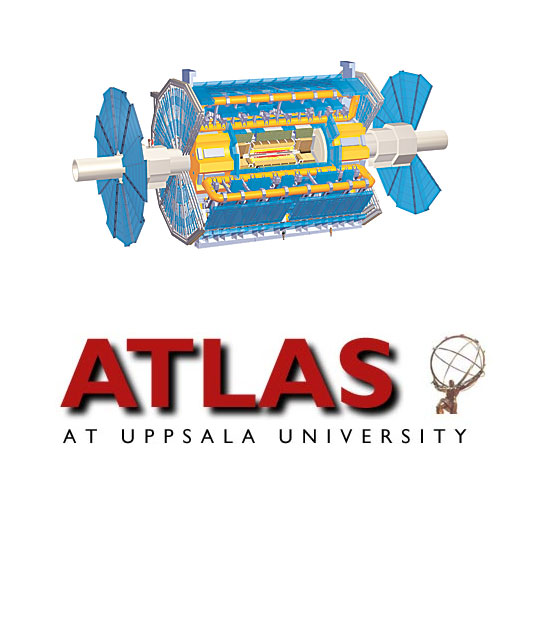 The Division of High Energy Physics at Uppsala University explores the elementary particles and the fundamental forces in nature with the ATLAS experiment at the CERN Large Hadron Collider (LHC) in Geneva. Currently the main research activity is development of instrumentation, data collection and physics analysis of the proton–proton collision data successively being accumulated by ATLAS.

The first proton–proton collisions in the LHC happened in 2009. Between 2015 and 2018, the centre-of-mass energy was 13 TeV. During this time, an integrated luminosity of 139 b–1 of data which is usable for analysis was collected. With this data we are sensitive to physics processes ranging over 12 orders of magnitude.

With this data, we can now probe properties of elementary particles and fundamental interactions at a precision previously inaccessible.

In Uppsala we are especially interested in investigating if the Higgs boson is as the Standard Model predicts, and explore its connection with top quarks, dark matter candidates, and other hypothetical new particles. We are currently important preparing for the ultimate upgrade of the LHC luminosity (HL-LHC) by developing new semiconductor technology for a track based first level trigger. The Group welcomes new PhD students and Postdocs to join its research program at ATLAS.