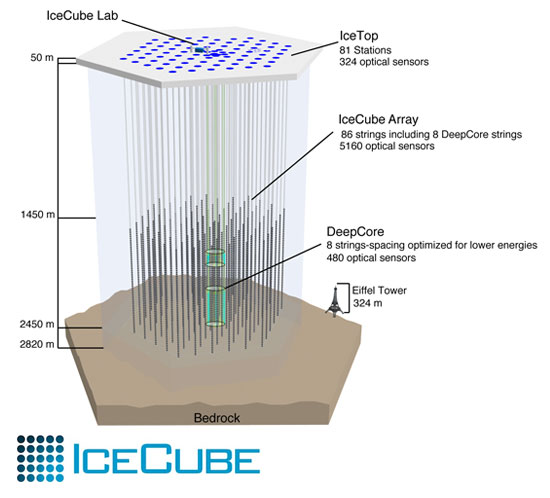 IceCube is a particle detector at the South Pole that records the interactions of a nearly massless sub-atomic particle called the neutrino. IceCube searches for neutrinos from the most violent astrophysical sources: events like exploding stars, gamma ray bursts, and cataclysmic phenomena involving black holes and neutron stars. The IceCube telescope is a powerful tool to search for dark matter, and could reveal the new physical processes associated with the enigmatic origin of the highest energy particles in nature. In addition, exploring the background of neutrinos produced in the atmosphere, IceCube studies the neutrinos themselves; their energies far exceed those produced by accelerator beams. IceCube is the world's largest neutrino detector, encompassing a cubic kilometer of ice.