Our research on scattering amplitudes benefits from the close ties between Uppsala University and Nordita through joint appointments, scientific collaborations and common grants. In particular, Paolo Di Vecchia and Henrik Johansson have a joint KAW project “From scattering amplitudes to gravitational waves”. Our group furthermore receives financial support via an ERC starting grant, a VR project grant and a Ragnar Söderberg grant.

In the context of both field and string theories, scattering amplitudes turned out to enjoy a hidden simplicity which is inaccessible to the traditional prescriptions to compute them. Hence, by insisting on a manifestation of their striking simplicity, scattering amplitudes can guide us towards radical reformulations of particle physics, gravity, string theory and possibly other approaches to quantum gravity. A ubiquitous example among the hidden structures in string- and field-theory amplitudes is the notion of “double copy”: As will be detailed below, gravity can be viewed as a “square of gauge theories”, and even string amplitudes exhibit the same kind of double-copy structures that have been found in field-theory amplitudes. Our division has played a key role in the discovery of double-copy structures and aims to explore their scope and implications.

The traditional method for computing scattering amplitudes in field theories is based on Feynman rules. They are famous for intuitively assembling all possible histories for a given scattering process such that amplitudes can be obtained from associating mathematical quantities to the diagrams.

Feynman rules have been known for decades and remain the standard textbook method for computing scattering amplitudes. So why are we interested in other methods?

It turns out that Feynman rules can be rather cumbersome and obscure the simplicity of the final answers. Moreover, the number of Feynman diagrams can often be huge and contain a cornucopia of redundant information that cancels from the short and simple final result. The discrepancy between compact expressions for scattering amplitudes and the spurious complexity in the opening line of the Feynman-diagram prescription suggests that there is an easier way of computing them.

Recent years have witnessed a variety of modern approaches to simplify the calculation of field-theory amplitudes. For instance, unitarity of the S-matrix and its implications on the analytic structure of scattering amplitudes have considerably extended the computational reach. Furthermore, various flavors of string theories allowed to derive field-theory amplitudes from two-dimensional Riemann surfaces where symmetries and simplifications descend from complex-analysis methods. At the same time, new mathematical techniques for the integration over internal loop momenta in Feynman diagrams have been exploited to attain unprecedented precision in collider predictions or to derive certain amplitudes from a “bootstrap procedure”. In many cases, modern methods exploit previously found results, e.g. by constructing recursion relations, such that amplitudes involving n+1 particles are written in terms of amplitudes involving n or less particles.

Gauge theories are essential to our understanding of the fundamental interactions of nature. Quantum Electrodynamics and Quantum Chromodynamics are examples of realistic gauge theories whose predictions have been matched with experiments to outstanding precision. Also, many features of gauge theories are easier to study in presence of supersymmetry, an exchange symmetry between bosons (carriers of fundamental forces) and fermions (matter particles such as quarks and leptons) that has not yet been observed in experiments. In particular, the maximally supersymmetric gauge theory known as N=4 super Yang-Mills became a fruitful laboratory for theoretical studies and a driving force in probing new structures in scattering amplitudes. Many properties of the particularly simple amplitudes in N=4 super Yang-Mills turned out to have an echo in realistic gauge theories and triggered important progress in our understanding of Quantum Chromodynamics.

A particularly broadly applicable hidden symmetry of gauge-theory amplitudes co-discovered by members of our division is known as the duality between color and kinematics [1]. In non-abelian gauge theories, external states carry internal or so-called “color” degrees of freedom that enter their scattering amplitudes through the structure constants (or other invariant tensors) of the gauge group. The term “kinematics” refers to any other quantity entering a non-abelian-gauge-theory amplitude such as polarizations and momenta. According to the color-kinematics duality, gauge-theory amplitudes admit representations, where color and kinematic degrees of freedom enter on completely symmetric footing and can be freely interchanged. In particular, the group-theoretic Jacobi identities of color factors are conjectured to apply to kinematic factors in a color-kinematics dual amplitude representation.

The color-kinematics duality becomes particularly powerful in connection with the notion of “double copy”. This has been firstly exemplified in the study of perturbative (super-)gravity where Feynman rules for scattering of gravitons are derived from the Einstein–Hilbert Lagrangian (possibly along with supersymmetric extensions). The resulting gravitational amplitudes have been infamous for the hopeless complexity of their Feynman diagrams and for the naive power-counting expectation that their quantum corrections should be plagued by an unacceptable pattern of ultraviolet divergences.

However, both of these pessimistic expectations have been elegantly countered by the color-kinematics duality and the closely related double copy: A variety of gravitational amplitudes can be assembled from squares of gauge-theory kinematic factors provided that the latter manifest their duality to color [2]. This kind of double-copy construction applies to high orders in the quantum corrections of both supergravity and to non-supersymmetric Einstein gravity. Thanks to the gravitational double copy, numerous amplitudes became accessible to pen-and-paper calculations which for instance sidestep the more than 1018 terms in a Feynman-diagram approach to the following graphs.

Figure 4: The double-copy representation of the 3-loop 4-point amplitude in so-called N=8 supergravity can be encoded in 12 graphs each of which represents the square of simple gauge-theory building blocks.

Furthermore, the compact double-copy representations of gravitational amplitudes revealed stunning surprises about their ultraviolet behaviour and clarified a multitude of cancellations among the traditionally expected divergences. On the longer run, the double copy is a promising key tool to assess the viability of pointlike theories of quantum gravity.

In fact, as visualized in the web of theories below, the scope of the double copy goes well beyond (super-)gravity: Amplitude representations in double-copy form have been found for Born–Infeld electrodynamics and for Galileons [3] – certain low-energy modifications of gravity – but also for open and closed strings [4]. 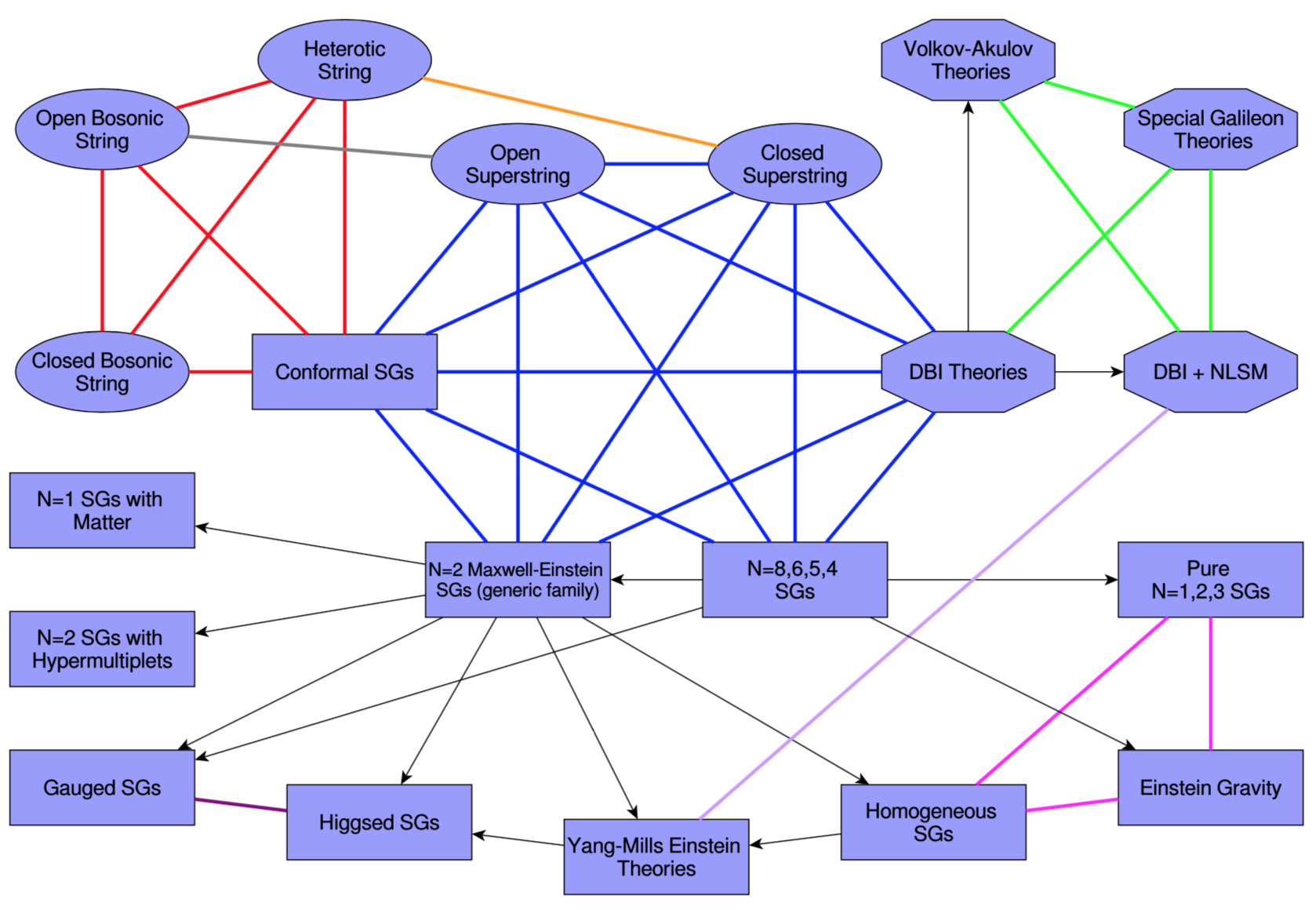 Figure 5: The web of theories connected by double copy. Taken from [C].

Finally, it is natural to look for applications of double-copy methods to perturbative gravity calculations in different contexts. A promising arena is provided by the computations of gravitational-wave templates that are employed to match data from LIGO and Virgo with theoretical predictions, particularly in the so-called inspiral phase of the merger. Since these calculations presents close analogies with amplitude computations, one of the goals of the group is to generalize the double copy to streamline calculations relevant to gravitational wave physics.

The first relation between gravitational amplitudes and squares of gauge-theory building blocks has been derived from the point-particle limit of string theories by Kawai, Lewellen and Tye in 1986 [5]. While non-abelian gauge theories arise from the ground-state vibrations of open strings, gravity and its supersymmetric extensions descend from massless closed-string excitations. In the low-energy limit, the double-copy structure of gravity amplitudes then lines up with the geometric intuition that closed strings can be formed by joining the endpoints of two open strings. At leading orders in the quantum corrections, the color-kinematics duality of gauge theory and double-copy representations of gravity amplitudes have been derived from string theories [6]. Moreover, the systematic extension to higher orders belongs to the central research goals of our group.

Recent work involving members of our division revealed that double-copy structures even extend to open-string amplitudes [4]. Double-copy representations of this type efficiently package all the polarization dependence into field-theory building blocks and arrange their string corrections to solely depend on the momenta. These simplifications rely on reorganizations of the underlying conformal-field-theory techniques and are believed to extend to higher orders in string perturbation theory.

Finally, string amplitudes exhibit an intriguing mathematical structure: They involve moduli-space integrals over punctured Riemann surfaces which evaluate to special functions such as polylogarithms, multiple zeta values and their elliptic generalizations. Modern number-theoretic concepts including motives, associators and single-valued maps played an essential role in unravelling the hidden simplicity of string amplitudes [7]. Similar mathematical structures appear in the Feynman integrals of field-theory amplitudes and became a vibrant common theme of high-energy physics and number theory. As a particular quality of string amplitudes, they tend to introduce various flavours of polylogarithms in particularly pure contexts and therefore offer a rewarding laboratory to explore the properties of new classes of functions. For instance, one-loop open-string amplitudes gave rise to the first appearance of elliptic multiple zeta values in physics [8].

Figure 8: Worldsheet of interacting closed strings can be mapped to punctured Riemann surfaces of various genera.

In summary, a wealth of intriguing structures has been recently discovered in scattering amplitudes of various field and string theories. Many of these hidden structures play a key role in unifying seemingly unrelated areas of physics as visualized in the above web of double-copy relations [Figure 5]. Also, the crosstalk between string theorists, particle phenomenologists and mathematicians became increasingly fertile for all sides. All of this is a major motivation for our group to stay focused on amplitudes and to work on ambitious research objectives such as