What is AdS/CFT correspondence?

In its original formulation[1] AdS/CFT is the duality between 4-dimensional N = 4 supersymmetric Yang-Mills theory (SYM) and string theory that lives in 5-dimensional Anti-de Sitter space. This duality is also oftenly addressed as holographic duality, because one of the most striking things in this duality is correspondence between theories that lives in different number of dimensions. This resembles the usual Gabors holography, where people reproduce a 3-dimensional image of the object using a 2-dimensional plate that contains all information needed.

This is one of the most interesting examples of Quantum Field Theories (QFT) in modern theoretical physics. This is Yang-Mills theory which makes it a distinct relative of Quantum Chromodynamics (QCD) – the theory of strong interactions that physicists are trying to solve already for half a century. 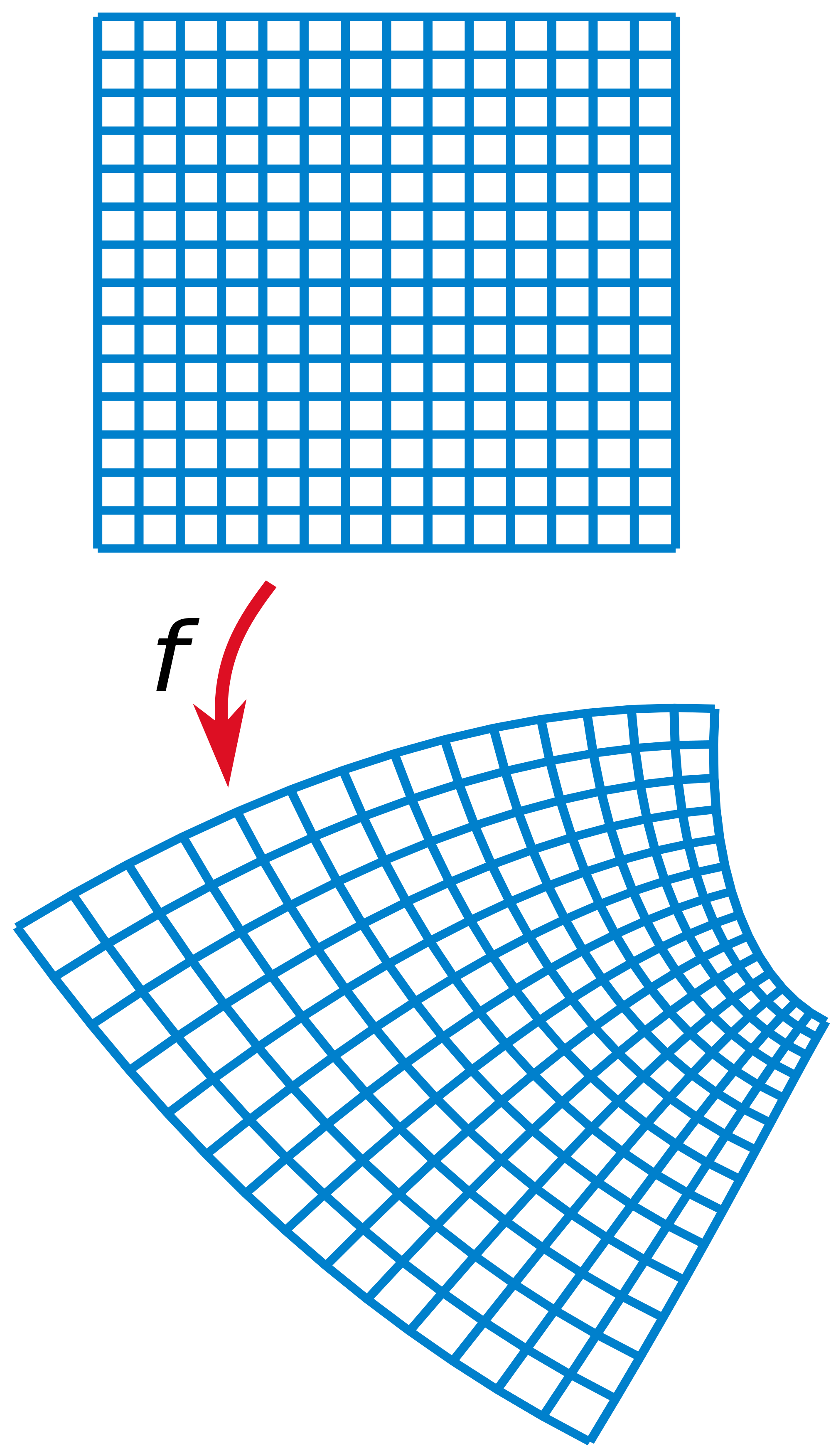 All these nice properties change the behaviour of the theory a lot. The main difference between N = 4 SYM and QCD is the absence of the confinement, which makes the theory much more simple. However N = 4 SYM, being exactly solvable, still remains a good playground for the study of nonabelian gauge theories.

What is Anti-de Sitter (AdS) space? 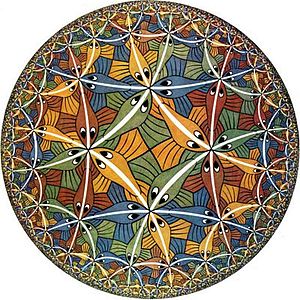 Anti-de Sitter space is just the space in which the distance between different points is defined differently from our usual Minkowski space. On the picture here you can see the famous print by Dutch artist M. C. Escher, which visualise the tessellation of an AdS-like space by triangles and squares. All triangles and squares are of equal size if we take into account a proper definition of distance between points.

The important fact about d-dimensional AdS space is that it has a boundary and this boundary is (d-1)-dimensional Minkowski space.

To summarize, the original statement of AdS/CFT duality was considering string theory living in 5-dimensional AdS space and a particular 4-dimensional theory living on the boundary of AdS-space – in our usual 4-dimensional world. However during the last decade there was huge progress in the area and in our days people have constructed similar dualities for many different supersymmetric, conformal theories[2]-[6].

Why AdS/CFT is important?

One of the most interesting and useful features of the duality is weak/strong coupling correspondence. Usually QFTs are well described in the regime of weak coupling, when we can express all observables in the theory as a series expansion in this small coupling (perturbation theory).

However if the coupling becomes strong, perturbation theory doesn't make sense. This problem is found in many important examples in physics. In particular the problem of the description of nuclear matter is related to the strongly coupled regime of QCD. Another example of strongly coupled systems are high-temperature superconductors. Constructing a proper theory of high-temperature superconductivity is the “holy grail” problem of modern condensed matter physics. There are a lot of such examples and to resolve them we need to come up with some tool for the work with strongly coupled theories.

Fortunately AdS/CFT correspondence provide us with such tool. It appears that the strong coupling limit of the boundary theory, which should describe some physical phenomenon, is dual to the solvable limit of string theory in AdS space. Recently there has been significant progress in applying AdS/CFT correspondence to nuclear physics[7]-[9], condensed matter physics[10]-[12] and even hydrodynamics[13].

Why integrability is important?

Integrable systems are physical models with certain simplifying properties allowing for their better control and, in many important cases, even their exact solution. While being scarce, exactly solvable systems were always instrumental in the development of science. Kepler problem, hydrogen atom, Schwarzschild black hole, Plank formula for black body radiation, harmonic oscillator, solution of Maxwell equations in vacuum, Ising model are examples which have an exact mathematical description and which shape our modern intuition in physics. Integrable systems feature extra conserved quantities that even make the systems, in a precise mathematical sense of Kolmogorov-Arnold-Moser theorem, more stable to influence of external forces. Stability of the Earth orbit so much needed for the existence of life is realised due to integrability of the Kepler problem.

Planar N=4 SYM and some of its cousins are believed to be integrable models of holography as demonstrated beyond reasonable doubt by works of many researchers[14]. After the discovery of the integrability at weak and strong coupling[15] almost twenty years ago, significant progress was made by the community to make it a powerful tool for fine control of the models at any value of the coupling constant. 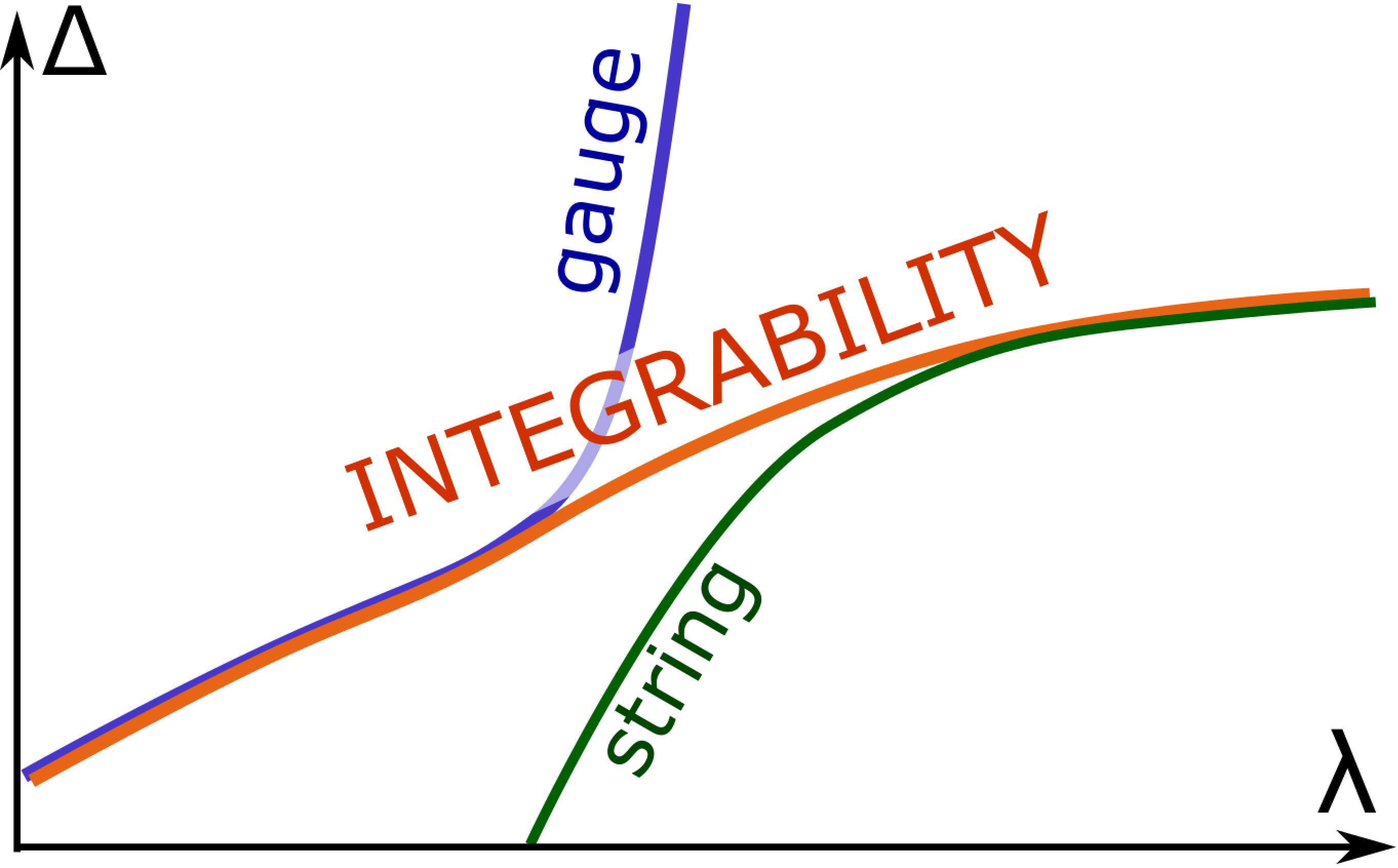 To date, we have a high-precision knowledge of the full spectrum by means of Quantum Spectral Curve[16], and we strive to compute correlation functions[17], the latter research is however far from being accomplished. One still needs to formulate a microscopic description, a quantum algebra, that underlines integrability. At weak coupling, this quantum algebra is Yangian linking the integrability research to that of scattering amplitudes, but its finite-coupling analogue is still a mystery.

We hope to eventually explain how a complicated network of Feynman graphs can be disentangled into a set of one-dimensional problems. 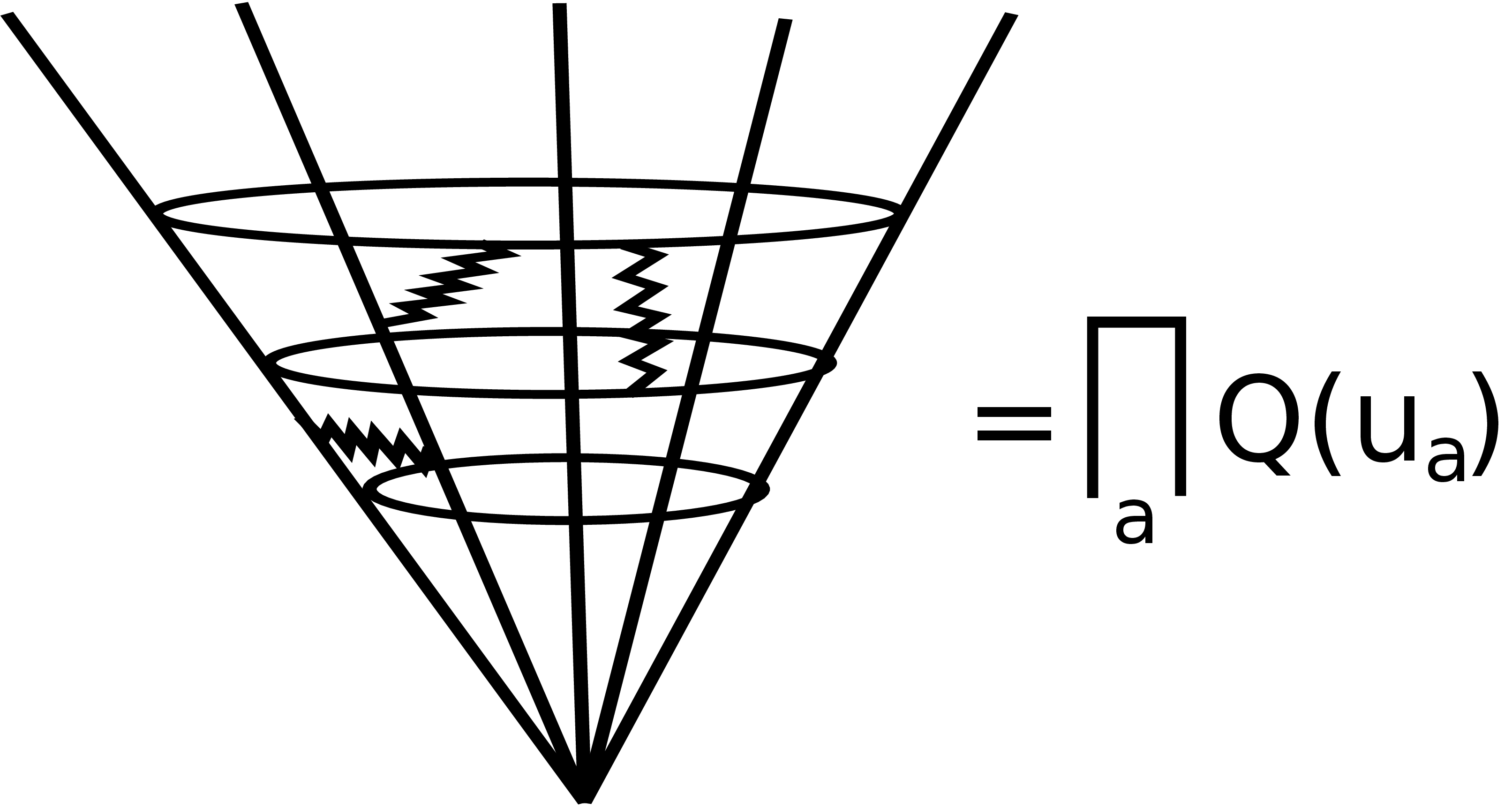 This separation of variables would be an explicit demonstration of integrability in the holographic models, and this is one of the ongoing research efforts [19]-[20].

As much as it is a deep question for physics, integrability also challenges modern mathematics. Planar N=4 SYM is not a standard integrable model because it deals with multi-valued functions. And also it is based on a high rank supersymmetric conformal algebra. These features prompted deeper exploration and expansion of conventional integrability techniques and required usage of a variety of mathematical tools, for instance from representation theory, algebraic combinatorics, and algebraic geometry. Properly understanding what is quantum spectral curve unveils a beautiful geometric picture[21] and links the whole study to the geometric Langlands correspondence[18]. Langlands program is often thought as a unifying program in mathematics. Likewise, tools developed in the context of integrability unify many modern tools of mathematical physics which is another reason to do research in this area.

[11] John McGreevy; “Holographic duality with a view toward many-body physics” (2009) (review on the holographic methods in condensed matter physics)

[13] Mukund Rangamani; “Gravity & Hydrodynamics: Lectures on the fluid-gravity correspondence” (2009) (review on the holographic methods in hydrodynamics) 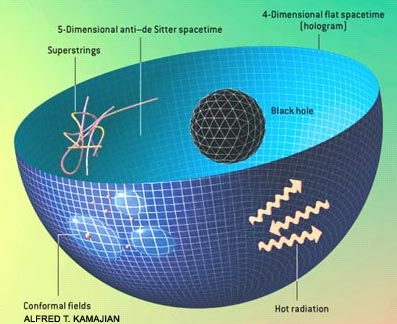