Uppsala is one of the oldest towns in Sweden. In 1164 Uppsala became the seat of the archbishop of the Church of Sweden, which accelerated its growth. The second important event of Uppsala history is the foundation of Uppsala University in 1477. The University became the first one in Scandinavia. Today Uppsala is the fourth largest city in Sweden with 140 000 inhabitants. Among Uppsala natives you can find such scientists as Anders Jonas Ångström, Svante Arrhenius, Anders Celsius, Carolus Linnaeus and famous Swedish film director Ingmar Bergman.

Uppsala has a number of historical sights and different museums. The most interesting of them are:

These are only the main museums in Uppsala. You can find more information on the Uppsala Museer website. 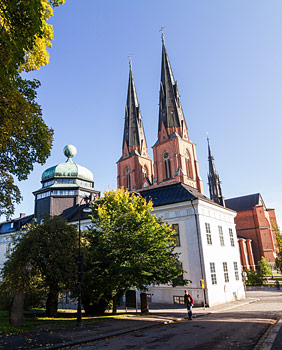